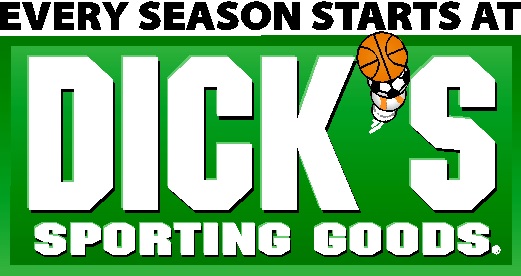 Celebrating 17 years delivering excellence in volleyball training and teams in Frisco, TX     2003-2020
Providing junior athletes in the 1st through 12th grades with a positive environment to train, learn and compete. Practices, games, professional training, and tournaments are carefully designed to advance the development of athletic skills and strategy of the game, while instilling discipline, teamwork, sportsmanship and integrity. Athletes will develop the physical and mental skills necessary for competitive volleyball.
LoneStar offers training and competitive play for all junior athletes from new to the sport up to elite and club athletes. LoneStar’s proven curriculum helps create a solid framework for volleyball athletes at all levels.

LoneStar will be sending program information to each participant pursuant to plans to LAUNCH safely and cautiously!!!! Your safety and well being are primary to all other factors!

Watch your email for your program update this week AND a newsletter announcing new camps/clinics and club staff for 2020-21.

Since 2006. Recreational and Competitive teams for athletes 1st – 10th grades.

16 years in Frisco!  Club teams compete regionally and nationally as an affiliate of USA Volleyball

Specialized training scheduled during holidays and summer for mechanics and specific positions.

36,000 sf of open event space customized to suit your event

The Player’s Recovery Lounge has been closed temporarily.  New information will be posted shortly!

Updates provided once COVID-19 closures are reversed and LoneStar is able to open again.  Stay tuned! 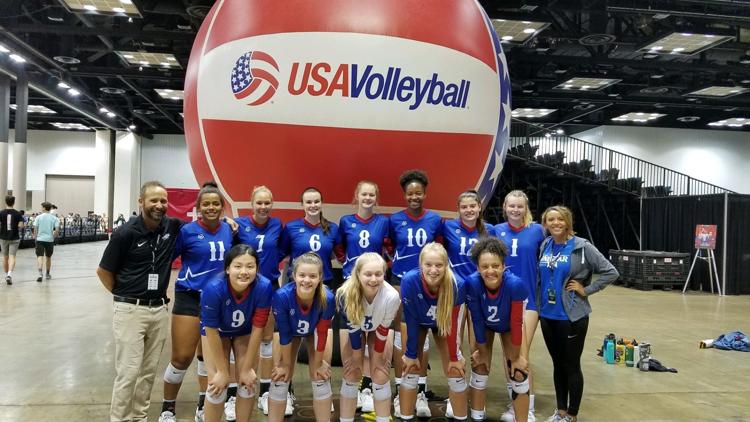 LoneStar’s chemistry pays off with 3rd-place finish at nationals

It didn’t take long into club volleyball season for LoneStar 15 Red head coach Jacob Hanan to see that he had something special on his hands.

The Frisco-based program, clad in Metroplex standouts, fused a veteran cast chock-full of on-court experience together and welcomed a small handful of newcomers that meshed seamlessly to produce a third-place finish in the 15 Open division at the USA Volleyball Girls Junior National Championships, held earlier this month in Indiana.

“I’ve been with seven players from this crew since they were 12 years old, so I knew that if we found the right pieces as we got older and older that we could be something special,” Hanan said. “They’re a good group. They love each other, they fight for each other and they play for each other. We don’t

have the kids that just fly in the sky like a TAV or some of the other clubs – this is a group that knows their roles and plays harder than the other team.”

LoneStar had been forging that identity for months, notably in April after placing second in the Lone Star qualifier. There, the team debuted a new lineup and a triangle offense – a system that used three hitters of the same sort at the same time – and immediately reaped the benefits, with Hanan estimating a 31-5 record for his club after the change.

That, coupled with the team’s penchant for grinding down opponents with serving, passing and defense, primed the group for a promising run entering the week of nationals. It all fit on paper – LoneStar entered the tournament with the third-most wins against the field of any team in its division – but Hanan knew that at some point his team’s chances of medaling would require confronting area rival MADFROG, whose 15’s National Green squad sported a perfect 5-0 record against LoneStar.

Both teams qualified for the 15 Open division, and after seven matches apiece at nationals, were paired opposite one another in a crossover match on June 30, with LoneStar needing a win to secure a spot in the Gold bracket. Buoyed by the momentum of a 6-1 record beforehand, LoneStar took down MADFROG in two sets (25-17, 25-21).

“It was one of the best games that our girls have ever played,” Hanan said. “We basically handed it to them really quick and in just two sets. We were on fire. It felt like our girls couldn’t be stopped and it was awesome to see.”

LoneStar followed that up with a three-set, national quarterfinal victory (22-25, 26-24, 15-12) over an Academy of Volleyball Cleveland squad that had placed second overall in 2018, but exited in the semifinals against eventual division champion, Houston-based Skyline(18-25, 25-21, 15-7).

Hill and Ford both earned all-tournament selections for their efforts, with Hill joining Chapman, Dixon, Henson, McGough, Trujillo and Wang as players making their third consecutive appearance at nationals with LoneStar – improving on their finish each time (15th in 13 Open in 2017, fifth in 14 Open in 2018). Seeing that continuity validated was particularly gratifying for Hanan, who has coached the majority of his 12-girl roster for multiple years.

“To keep a team together for so long is pretty much unheard of in our region, because everybody goes for the next best thing,” he said. “You have TAV, Skyline and MADFROG, all great clubs, and kids tend to go to the name instead of the coach. These kids knew that they were special together and not away from each other.

“When they’re together, they all know what’s going on when they’re on the court and the new kids picked it up right away.”

Hanan added that 10 players from his 15 Red squad are planning on staying with the program next summer, as LoneStar eyes an even higher finish at nationals. Beforehand, though, all 12 of his players will look to carry over the experience gained competing against some of the country’s top club teams for their respective 2019 seasons on the high school hardwood.

15 Years of Teams and Coaches 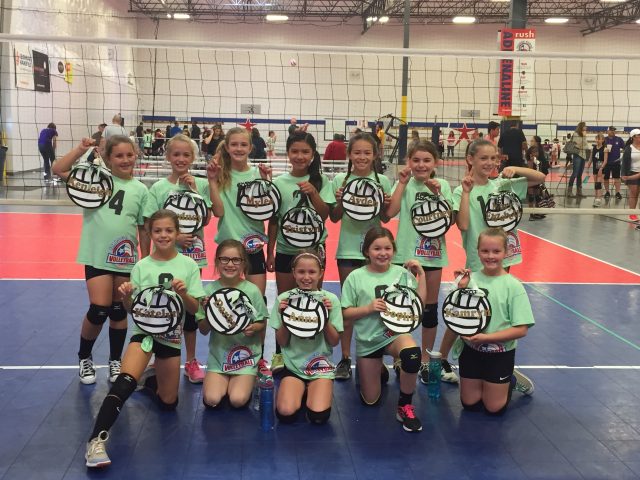 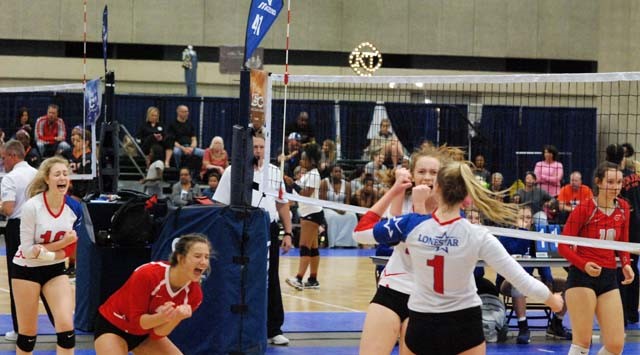 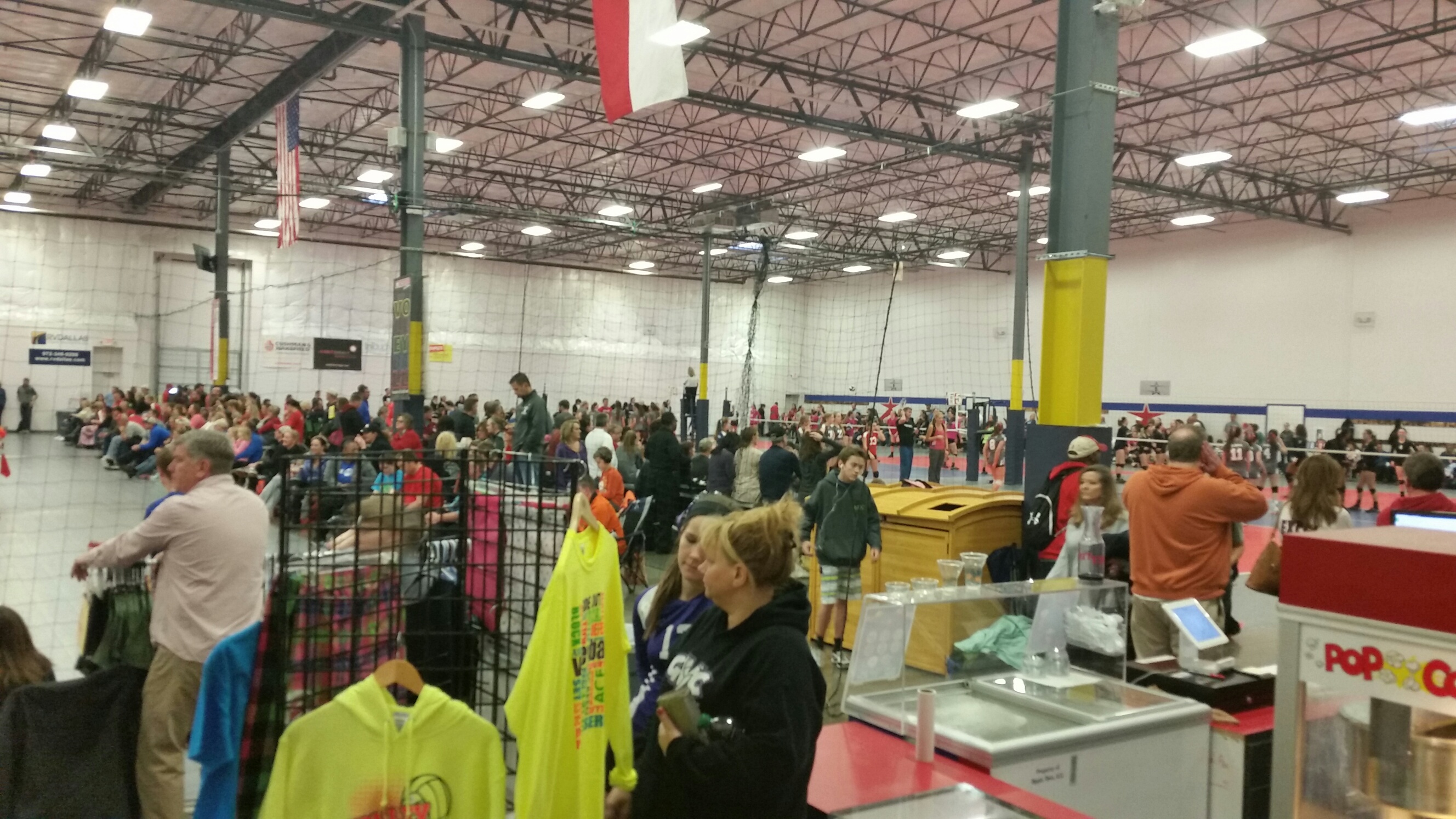 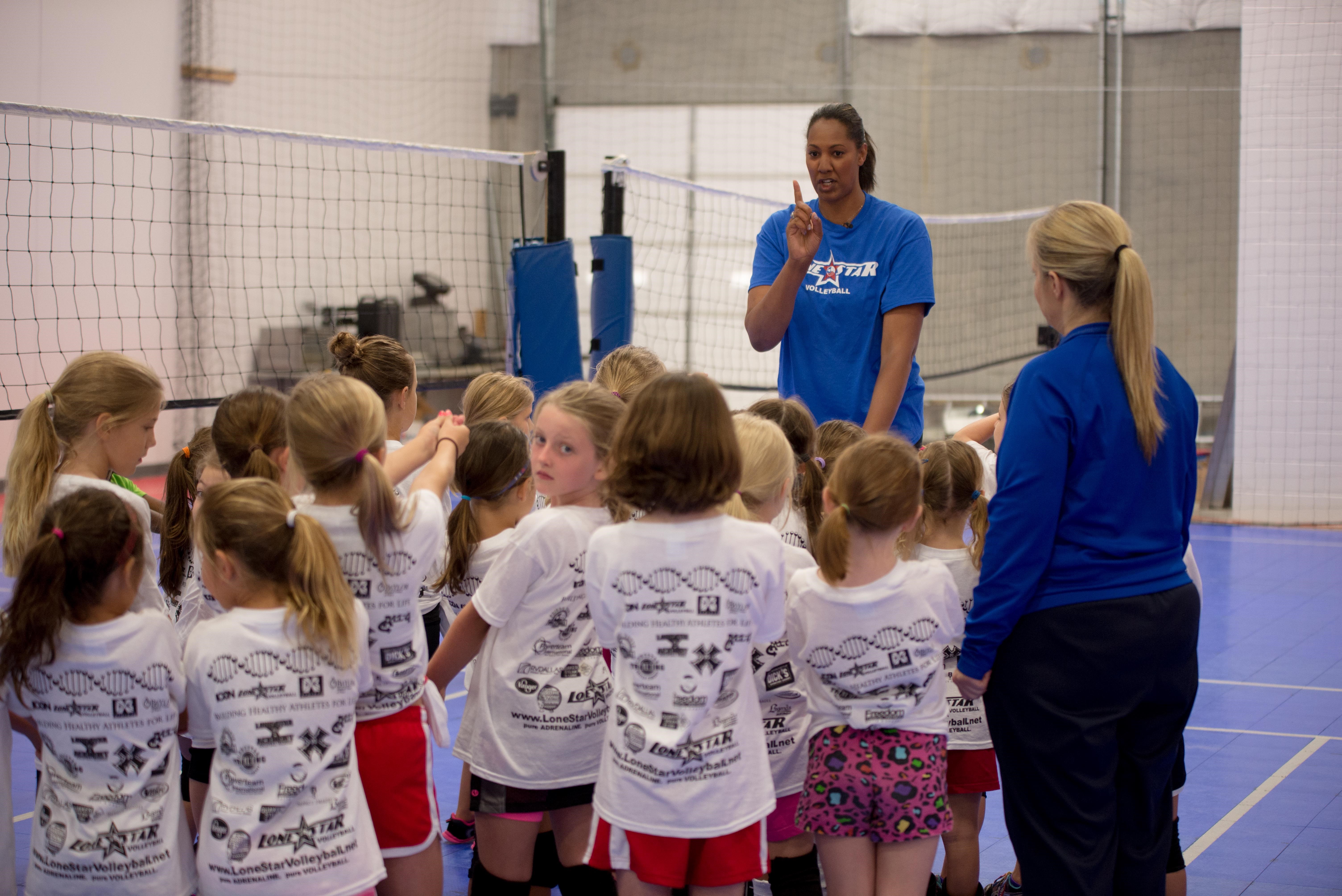 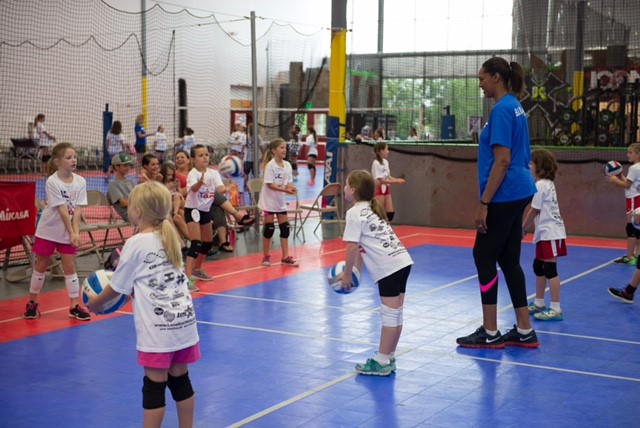 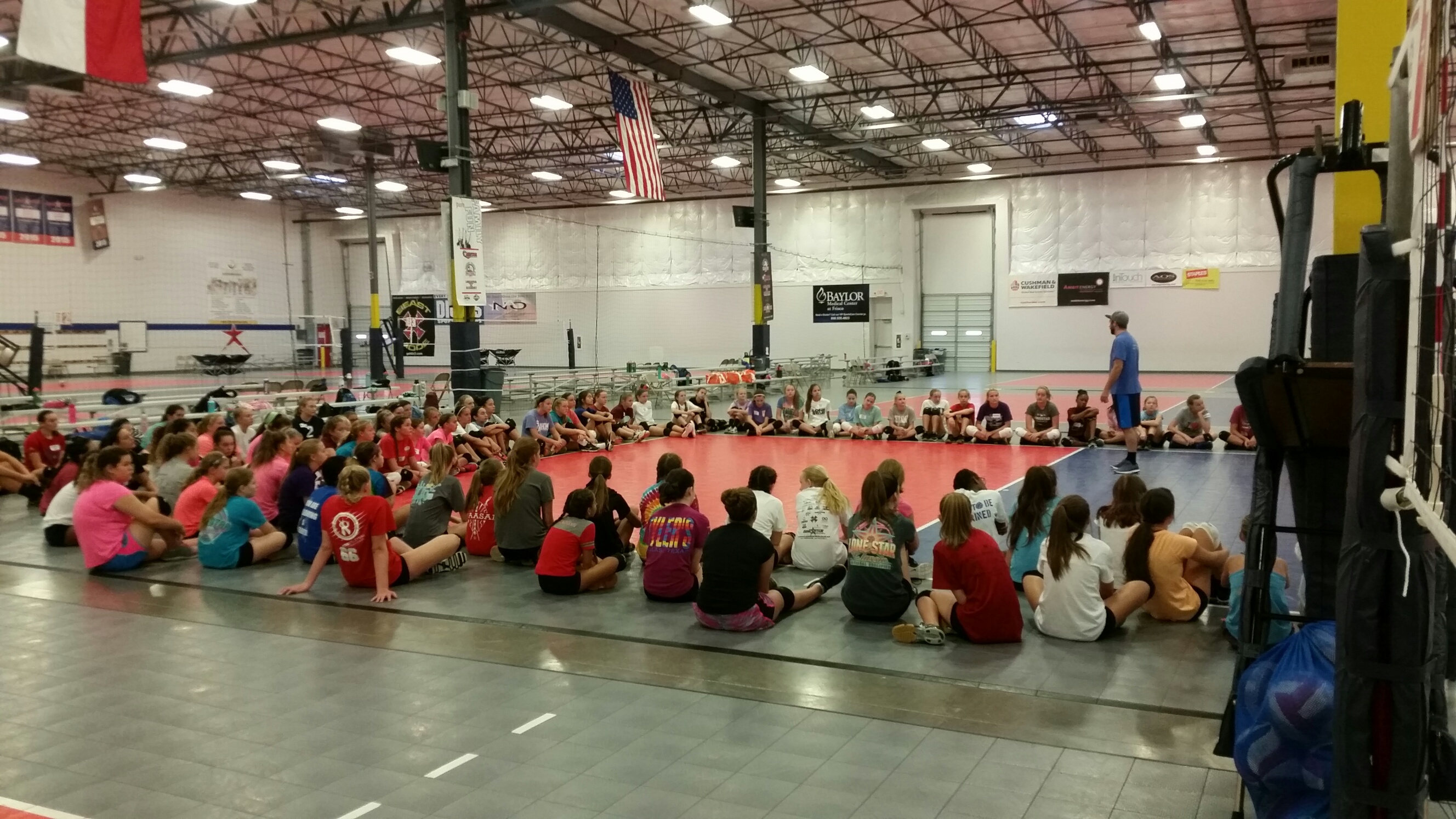 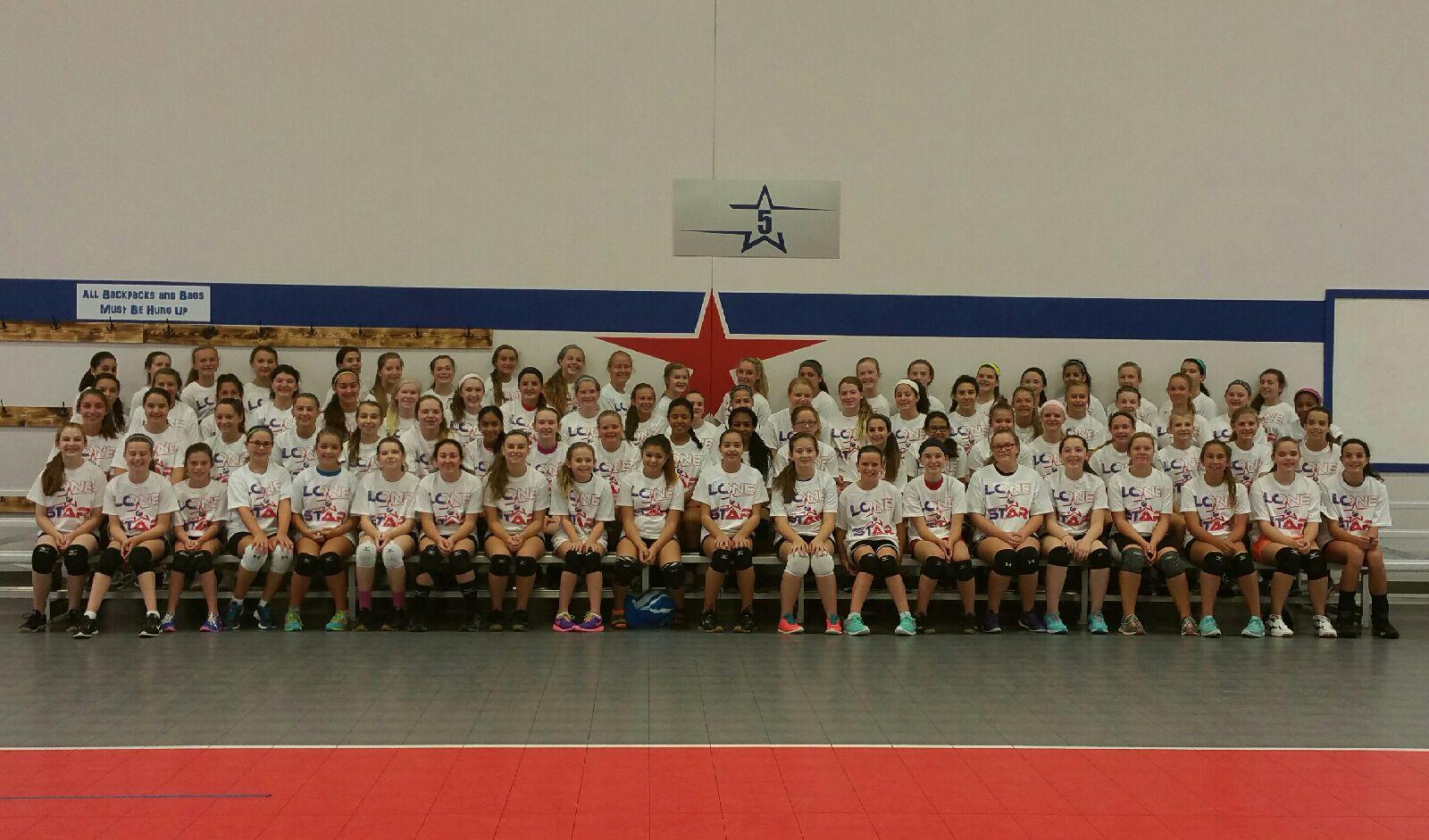 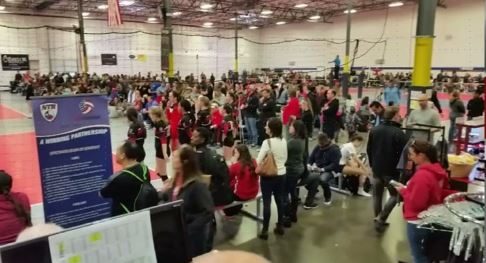